This retreat is open to everyone but preference is given to members of The Watering Hole Facebook group. 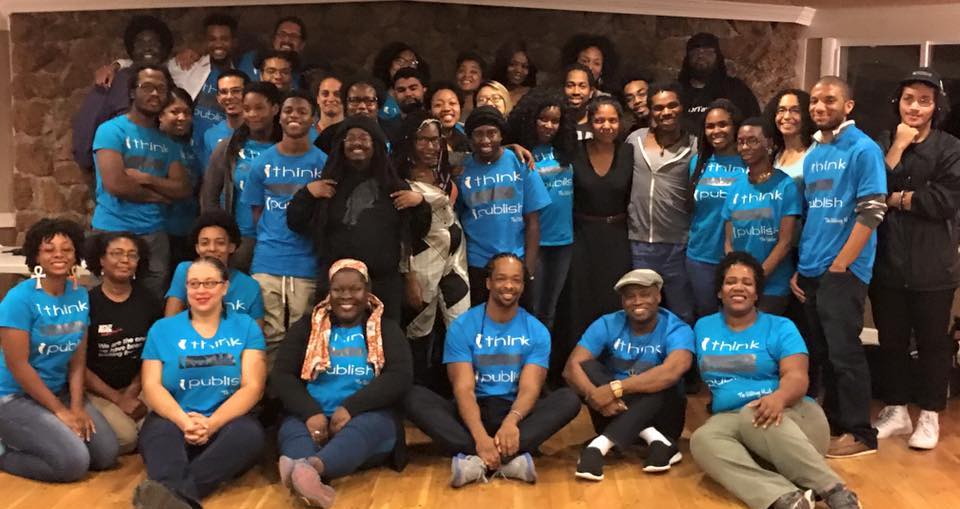 The first ten people who pay receive one-on-one conferences with a facilitator. All payments received  after November 15th assess a $37 late penalty above the regular price ($335). No payments will be accepted after midnight on December 1st.

The price reserves your space in the classes, covers housing for 5 days and 4 nights, and pays for all tuition costs. We will be housed in modern cabins that have 2 bedrooms, 1 bathroom, a full living, and full kitchen. All participants are responsible for their own travel and food. All participants are required to stay for the entire retreat from beginning to end.

As a result of generous donations, TWH is able to offer the Norman Jordan Scholarship for West Virginia Writers of Color, endowed by Mixxed Media, LLC and The Lindsey Scholarship for Male Poets, donated in memory of George Rufus Lindsey. Thanks so much to our generous donors for making this possible.

Jericho Brown is the recipient of a Whiting Writers Award and has fellowships from the Radcliffe Institute for Advanced Study at Harvard University and the National Endowment for the Arts.  His poems have appeared in The New Republic, The New Yorker, and The Best American Poetry.  His first book, Please (New Issues 2008), won the American Book Award, and his second book, The New Testament (Copper Canyon 2014), won the Anisfield-Wolf Book Award and was named one of the best books of the year by Library Journal, Coldfront, and the Academy of American Poets.  He is an associate professor in English and creative writing at Emory University in Atlanta.

Tara Betts is the author of the upcoming Break the Habit and 7 x 7: kwansabas, Arc & Hue (Aquarius Press/Willow Books 2009), and THE GREATEST!: An Homage to Muhammad Ali (Winged City Press 2013). In 2010, Essence Magazine named her as one of their “40 Favorite Poets.” Betts was a lecturer in creative writing at Rutgers University in New Brunswick, NJ until 2011. She currently teaches in the English Department at University of Illinois-Chicago. Tara’s writing has appeared in POETRY, Obsidian, Callaloo, Gathering Ground, Bum Rush the Page, both Spoken Word Revolution anthologies, The Break Beat Poets (Haymarket Books 2015), Octavia’s Brood: Science Fiction Stories from Social Justice Movements (AK Press 2015), and GHOST FISHING: An Eco-Justice Poetry Anthology (University of Georgia Press 2015). Betts holds a Ph.D. from Binghamton University and an MFA from New England College.

Randall Horton has earned a Ph.D. in English/Creative Writing, from the University at Albany-SUNY, received notable poetry prizes, and a National Endowment for the Arts Literature Fellowship. His publications include a memoir, Roxbury, and the poetry collections, The Definition of Place, The Lingua Franca of Ninth Street, and his most recent, Pitch Dark Anarchy and Hook: A Memoir. He is now an Assistant Professor of English at the University of New Haven, Connecticut where he often speaks to his students on the impact of imprisonment. It is a most necessary education. Many of them are enrolled in the university’s Criminal Justice Program.

Ebony Noelle Golden is the CEO and principal engagement strategist at Betty’s Daughter Arts Collaborative, LLC. The Houston, TX native is also an accomplished performance artist, poet, director, and choreographer who stages site-specific rituals and live art performances that profoundly explore the complexities of freedom in the time of now.  After completing graduate school and serving as literature and creative writing professor in Durham, North Carolina, Golden funneled her passion for entrepreneurship, arts, culture, and community-based education into BDAC which powers some of the most forward-moving organizations and initiatives pushing for progressive social change.

Marlanda is a published poet, experienced facilitator, and consultant. She has a Bachelor of Arts in Psychology from Furman University and a Master of Social Work from the University of South Carolina. She has facilitated training, groups, seminars, and has performed in over 100 spaces across the nation. She is also the Co-Founder and a volunteer for Spoken Word Spartanburg, a nonprofit that brings awareness to the power of the spoken word art form. Her experience as a Forensic Evaluator, Therapist, and Consultant for various organizations across the Upstate as well as her experience as a professional spoken word poet has placed her in a position of connecting people so that the work of organizing for real community change can take place with people who are fully aware, engaged, and emphatic. She serves as the Executive Director of Speaking Down Barriers, which hosts community gatherings and facilitates training in safe environments through the use of real, raw conversation and spoken word poetry on difficult topics.

Each year, we ask our facilitators to take an experimental, non-Western approach for classes. Rather than sitting in a sterile classroom, all facing the teacher at the board, (not the most effective way of teaching or learning), we are going to use the learning style that Nikky Finney says she experienced in Toni Cade Bambara’s living room. Nikky says that much of her growth as a poet came from sitting in a living room filled with writers and talking about craft. We purposefully picked a location (Santee State Park) that would allow us to experiment with this aspect of Toni Cade Bambara’s teaching style. The poets in your small group will be in one living room, sitting at the feet of each other and learning from each other as much as they learn from the facilitator. Your creative breakthroughs may very well come from interacting with the retreat participant next to you.